This property is a cottage, originally built sometime during 1800-1843 in a Conservation Area within the Peak District National Park. The cottage had two bedrooms upstairs and a downstairs bathroom and kitchen, with a non-sympathetic extension completed in the 20th century. Our design enlarged one of the bedrooms upstairs, with the master bedroom now benefitting from the addition of an en suite bathroom. The 20th century porch extension has now been rebuilt in a more sympathetic character to the surrounding area. In addition to this there is now a kitchen, dining, family living space as well as a separate living area or snug which benefits from a log burner. The design encompasses a new utility room and a new bathroom as well as high level roof lights, bringing light into the kitchen with a new vaulted ceiling and a study at the rear. There is now an extension linking with the old traditional building, combining very traditional natural stone with contemporary features such as glazed roof windows.

An extension and remodelling of a historic stone built cottage

A cottage extension and remodelling, in a Conservation Area within the Peak District National Park 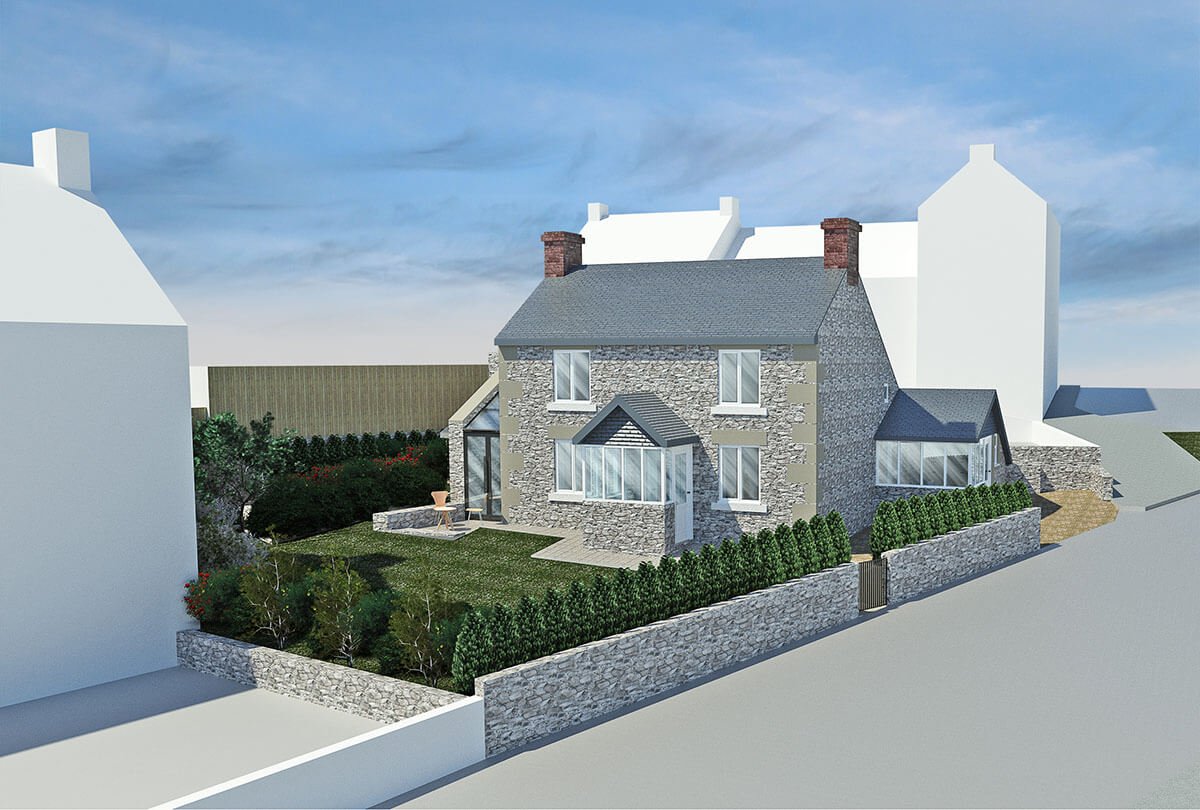 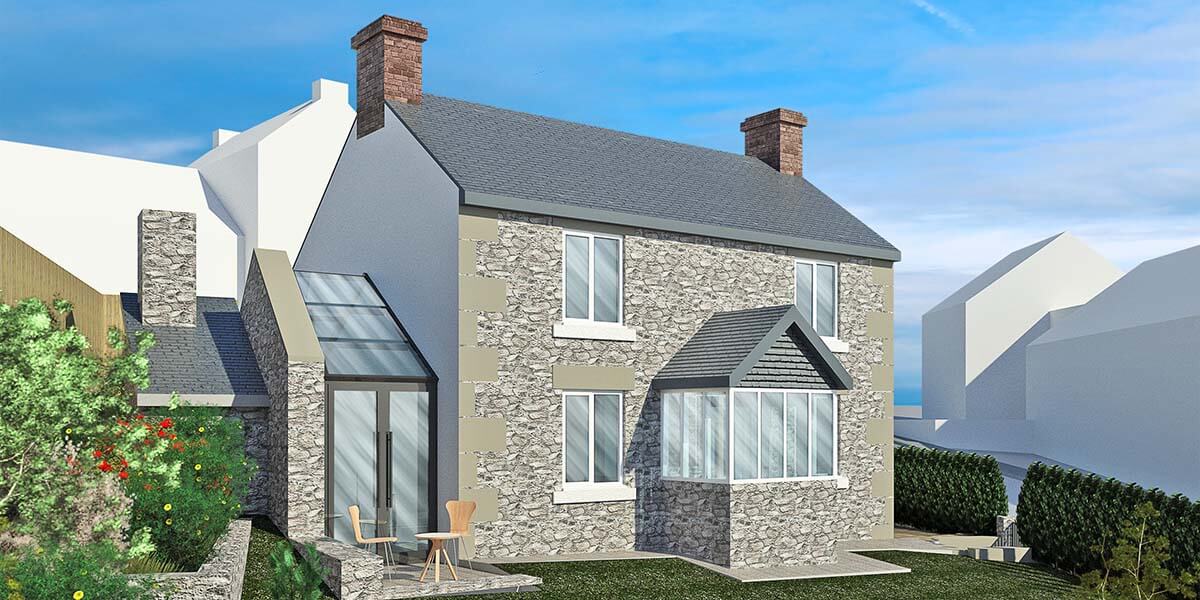 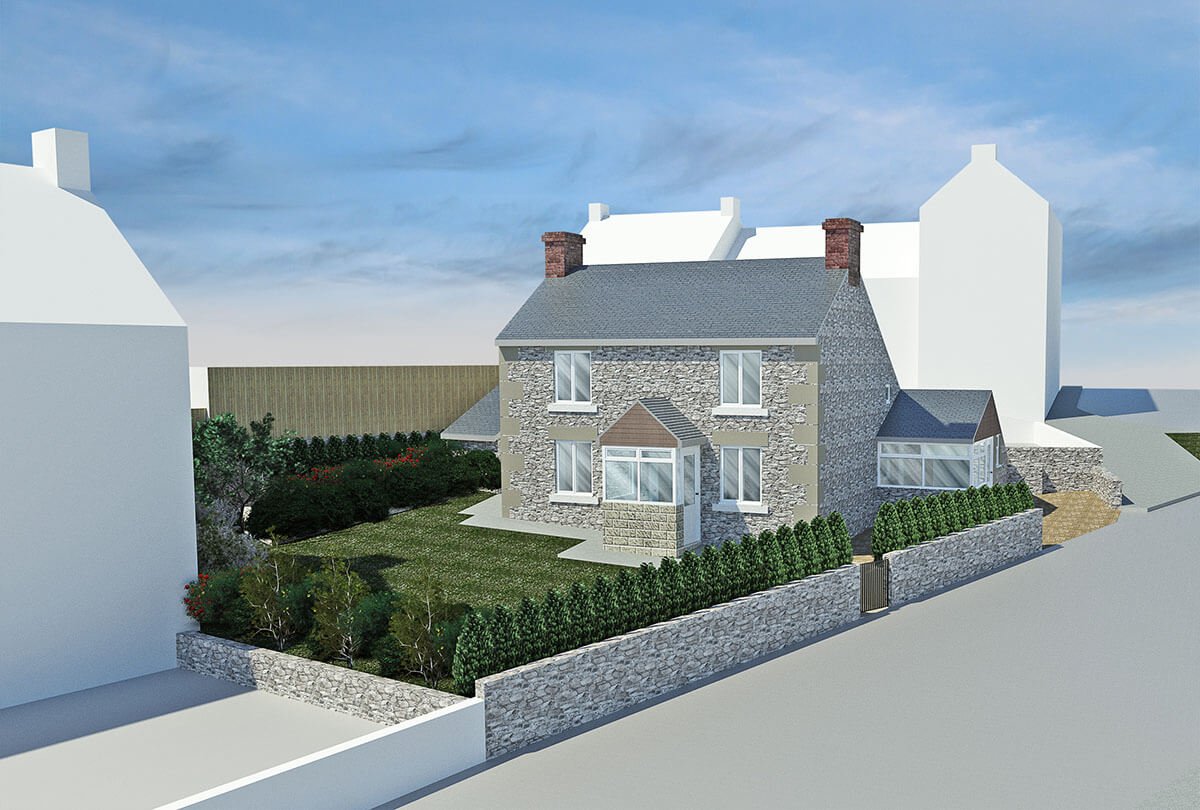 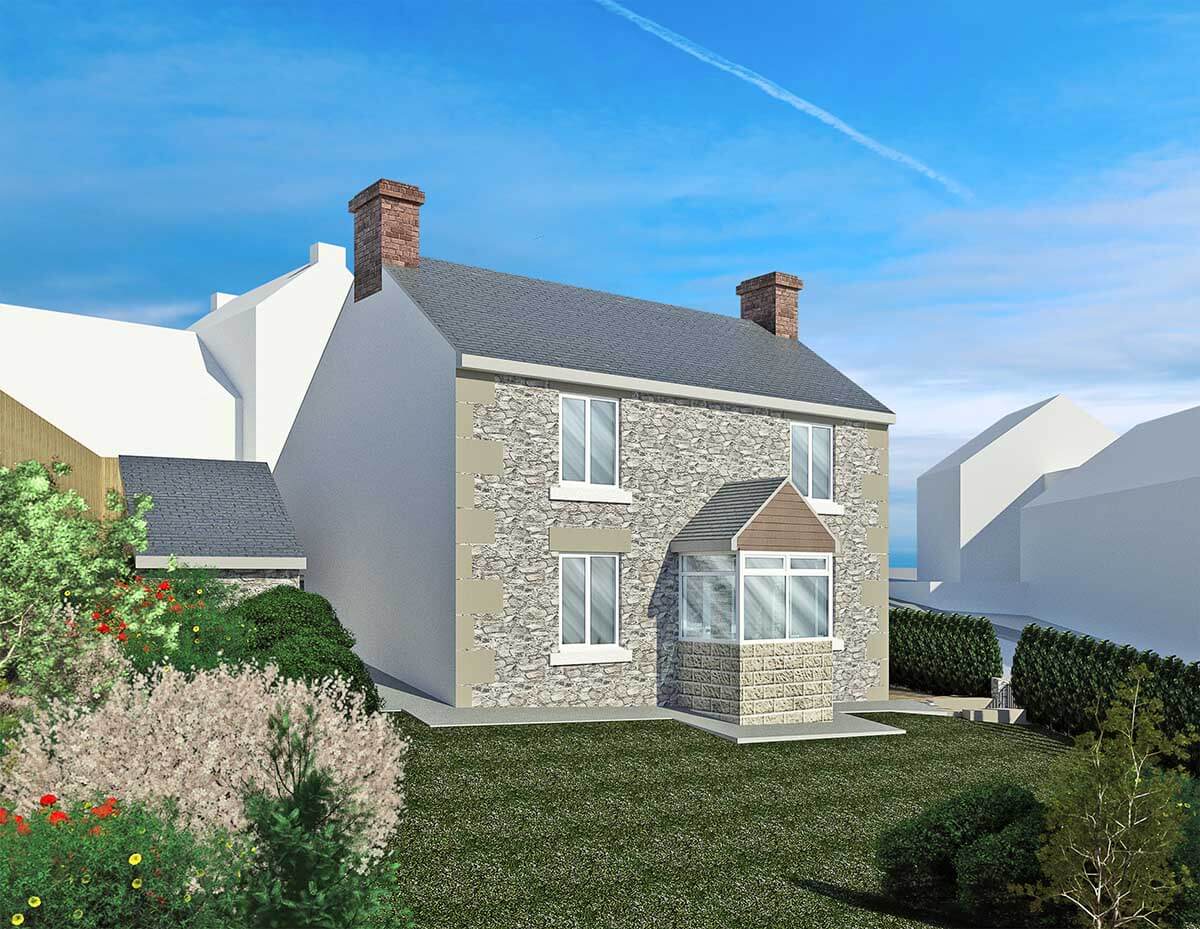