My friend is going through the process of buying a new home. Not a new build but a 1960s house that has been lived in for some 20 years by the same family. My friend, Sam, was so bowled over (after weeks of fruitless and disheartening searching for something suitable) that she offered the asking price almost the minute she set foot in the property and the vendors agreed to take their house off the market. Sam was only the second viewer but she was enthusiastic and they were keen to sell.

The place is beautifully decorated with a well-tended garden and indeed looks ready to move into. The vendors have moved out as they had somewhere to go so the house is vacant, awaiting Sam’s boxes and furniture. Sam had already sold her property so assured the vendors that she was a cash buyer. All looked set for a perfect transaction and a quick and painless move. Until, that is, surveyors and solicitors became involved and it transpired through answers to conveyancing questionnaires that all is not as flawless as it seemed. 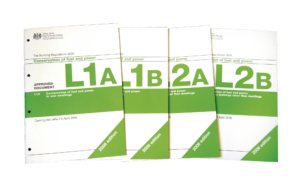 The once-cordial relationship between the parties is souring due to the absence of Building Control certificates to confirm that works were carried out in accordance with the prevailing Building Regulations. A chimney breast removal and a structural opening between the living and dining rooms were completed by a builder some years ago. The plastering is smooth and the papering is a thing of beauty, but is the ceiling going to come tumbling down on Sam one evening? Probably not, but no-one can be sure because there are no structural calculations and no completion certificate. Sam’s solicitor is proposing that the vendors pay for an indemnity policy; the vendors don’t see why they should meet the cost and instead feel that if Sam wants it, she can pay for it.

The conservatory looks fine. It’s clearly been a useful asset to the family and Sam’s looking forward to using it herself. There doesn’t seem to be any damp and there are no apparent cracks to the brickwork. However, there is no paperwork and Sam’s solicitor is asking awkward questions that are serving to annoy the vendors. It’s larger than the size of extension permitted under Permitted Development legislation and no planning permission was granted although as long as it was built more than 4 years ago it would now be considered lawful development. This means it would not need planning consent but its construction date needs to be forthcoming.

Conservatories are exempt from Building Regulations if they’re separated from the house by external-quality walls, doors or windows although any electrical work should be carried out by a ‘Part P’ qualified electrician and a certificate provided; the vendors are being required to confirm that everything is in order and so far they have failed to do so. No builder’s warranty is available and there’s scant sign of an electrical certificate, even though apparently a rewire of the whole house was undertaken a few years ago. Sam’s surveyor says he thinks the electrical work looks unsafe and suggests an electrical survey is carried out. The vendors are so far declining to allow this.

The house is an ex-council house. When it was sold, title was transferred with a restrictive covenant that alterations could only be made with permission of the council. Needless to say, no permission was sought so again, Sam’s conveyancer is recommending an indemnity policy.

It’s a tricky situation all round. Sam doesn’t see why she should pay for indemnity policies and feels, understandably, that it’s up to the vendors to either provide evidence that any work carried out was safe and compliant with the legislation current at the time or they should fund the cost of providing indemnity insurance in the event of future problems. The vendors apparently believe that they have lived quite happily in the house since the work was completed and that the property was offered for sale ‘as seen’ and that they have no responsibility to shell out ‘unnecessarily’ in order to sell their former home. 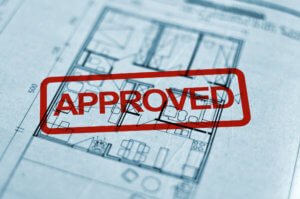 Someone is going to have to back down. Sam maintains she’s not going to pay for the indemnity policies or the electrical survey and expects the vendors to fund the cost of any remedial electrical work identified and the vendors are sticking to their ‘sold as seen’ principal.

It remains to be seen what transpires next. One presumes that any prospective purchaser in the modern climate will be advised by their solicitor to request retrospective completion certificates from Building Control, a current warranty from a qualified electrician and formal confirmation from the Local Planning Authority regarding the status of the conservatory.

The vendors may well find they have to be cooperative or they might discover they have an unsaleable property on their hands. Alternatively, another prospective buyer may just shrug, add the cost of the indemnity policies to the cost of the purchase and get the electrics fixed at their own cost.

A messy situation – and expensive. Sam has already spent money on the conveyancing process and the vendors too will have incurred costs through their own solicitor. A position that could and should have been avoided if only the correct procedures had been followed at the time the work was carried out.