How many of today’s park walls will be standing in 500 years? Sheffield’s Great Deer Park can still be identified by remnants of original walling, if you know where to look.

Sheffield’s Deer Park was once one of the greatest parks in England with a perimeter wall measuring 8 miles encompassing 1,462 acres, 3,000 deer, numerous rabbits, hares and other wildlife and assorted fishing ponds and building stone quarries

Stretching from outside the castle at Park Square roundabout, at the bottom of Sheffield Parkway, and following roughly the line of the River Don then the Car Brook that runs through the Manor housing estate, across to Manor Top then down through Gleadless Valley and along the Sheaf River past the old Queens Head pub (formerly ‘The Hall at the Ponds’), it provided hunting and recreation for the privileged few during Tudor times.

The Manor Lodge – the home of the captive Mary, Queen of Scots for many years – was at the heart of the Great Deer Park and it was said that it was possible to travel even in inclement weather under the avenue of walnut trees that stretched to the Lodge from the castle without getting wet, such was the density of the planting.

Some sections of the wall still remain, but you need to know where to look. Countless numbers of motorists have driven along the road that passes the Army Reserve centre at Manor Top on the left, behind the supermarket car park to the right, without noticing the panel of old stone wall at the bottom of the wall on their right hand side (as shown in the picture). 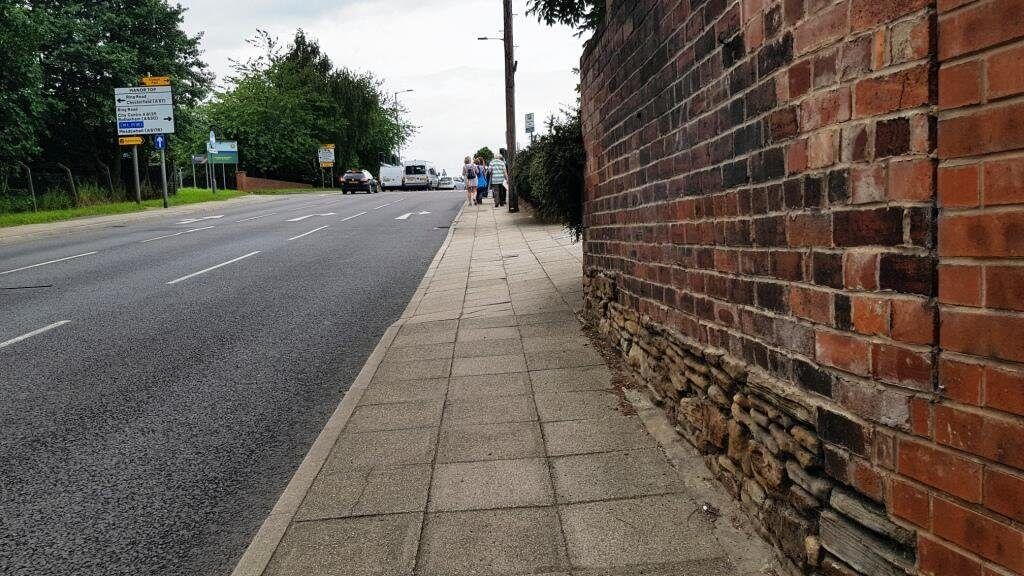 Thanks to David Templeman of the Friends of Sheffield Manor Lodge who has identified the location of the original perimeter walls, guided walks are now available for those interested in finding out more about Sheffield’s Great Deer Park.

We’d certainly recommend it. An opportunity to combine stunning views of Sheffield and the surrounding moorland with the discovery of a little-known aspect of Sheffield’s history is to be seized by anyone who enjoys walking in interesting surroundings with an informed guide. 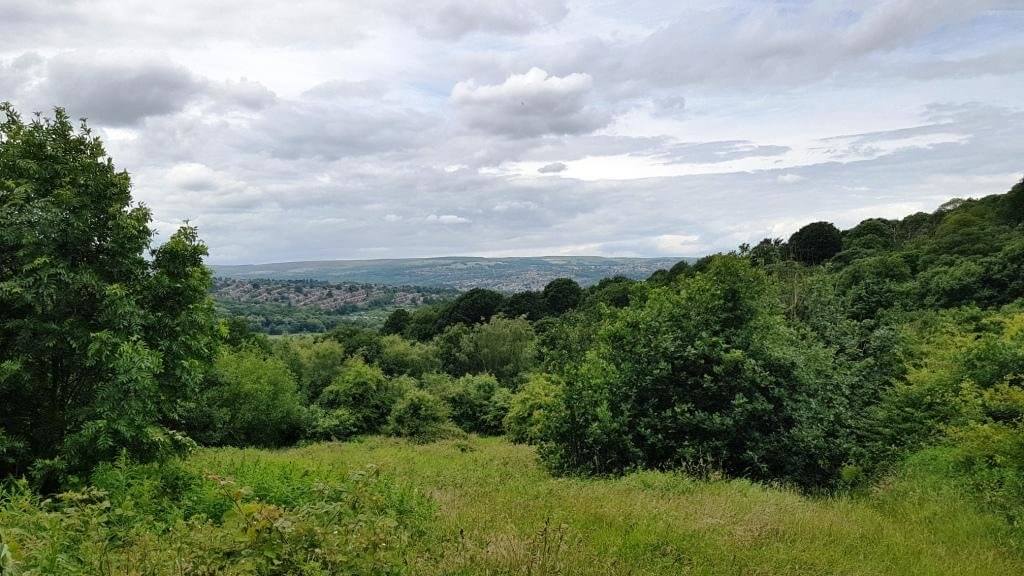